Snake Removal – Get Rid Of Snakes

Snake removal services provided in Henrico, Glen Allen, Richmond, Midlothian or Charlottesville? Finding snakes in your yard or other places on your property? Snakes getting into your house, basement, attic, crawlspace or walls? We are Virginia snake removal experts! Call us to remove snakes from your house.

Do you need a Virginia nuisance snake removal & control service? You most certainly do if you find one of the three venomous Virginia snakes in your home. There is nothing scarier than finding a Northern Copperhead, Eastern Cottonmouth, or Timber Rattlesnake slithering around in your home or someplace on your property. Furthermore, these Virginia venomous snakes instill irresponsible behavior in people due to deep-rooted fear. You don’t want to lose your wits around these snakes! So, if you discover one of these three venomous Virginia snakes in your home please remain calm and avoid disturbing the snake or driving it into hiding. Next, get any children and pets away from these snakes. And finally, call our Virginia Snake Trapping Removal Experts at (804) 729-9103. We remove snakes from houses. 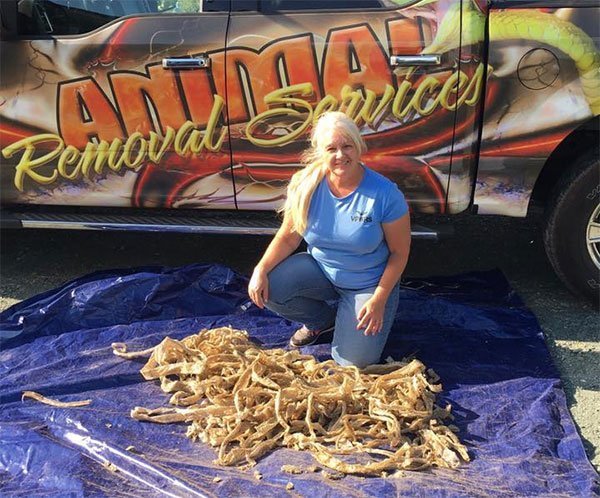 This is a picture of Wanda, one of our Snake Trapping Removal Experts, with approximately 60 snake skins (sheds) that we removed from a local home with a history of having snake problems. Who do people in Virginia call when they have a snake problem? They call Virginia’s best snake removal trapping and control company – Animal Removal Services Of Virginia at (804) 729-9103.

There are 34 species of snakes in Virginia, but only 3 are poisonous snakes: the Northern Copperhead, the Eastern Cottonmouth (water moccasin) and the Timber Rattlesnake. All three of these poisonous snakes can be identified by their vertical pupils as opposed to the round pupils of non-poisonous snakes.

Fortunately, the majority of snakes found in Virginia are not dangerous. Also, these non dangerous snakes are beneficial, like Virginia’s Eastern Gartersnake, which prey upon small rodents like mice and rats.  But, nevertheless, most people don’t want snakes in their home whether poisonous or not. If you don’t fear snakes, and you’re sure it’s not poisonous, you can deal with a snake in your home.  For example, you can open a nearby door and use a broom to gently move the snake outside your home. The bottom line –  you don’t want a snake getting way in your home and hiding someplace. Finding a hidden snake can be a time consuming and difficult task. But, if a snake does get away from you, our Animal Removal Services Of Virginia snake trapping removal experts can be reached at (804) 729-9103. 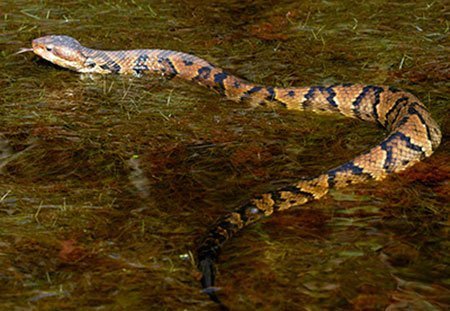 The Eastern Cottonmouth, one of the three venous Virginia snakes, lives in southeast Virginia. They are found in permanent and semipermanent ponds, and swimming pools. When out of the water, they will lie under vegetation, in grasses, or under boards and barns.

Assuming you are not terrified of snakes and you absolutely know the snake in your home is not poisonous, put on some thick gloves, grab the snake close to the head, put it in a pillow case, then get it out of the house and relocate it someplace else on your property. Also, Animal Removal Services Of Virginia suggests that every Virginia home should invest in snake tongs and a snake bagger for this type of situation.

Just keep in mind, in general, the most harm snakes do is frighten Virginia homeowners. Snakes may bite if cornered or grabbed, though as you now know, only the bites of venomous snakes are dangerous. Fortunately, snakes do not randomly attack humans, and non-venomous bites do little more than produce a painful puncture wound. But remember, Virginia poisonous snakes will strike at you if you get too close, startle them, or attempt to grab and handle them. Other than the awful side effects, lethal snake bites seldom occur in the United States.

If you or someone you know is bitten by a poisonous Virginia snake like the Northern Copperhead, Eastern Cottonmouth, or Timber Rattlesnake call 911 or transport the person to the hospital immediately. Also, if possible capture the snake so it can be identified. In addition, if bitten please stay calm and try not to move around. Also, don’t cut open the bite wound or suck out the snake venom. 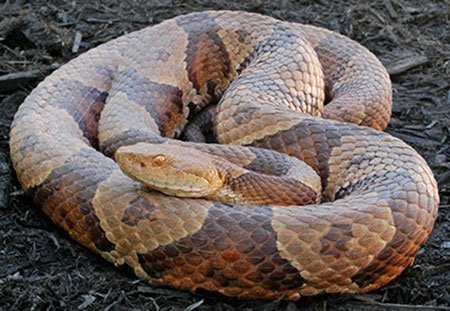 Although most snakes you encounter in your Virginia home or on your property are not venomous, they can bite if startled or handled incorrectly. Animal Removal Services Of Virginia Snake Trapping Removal Experts can quickly take care of any snake issue you find in your home or property. You don’t have to waste time dealing with snakes, so give us a call at (804) 729-9103 . 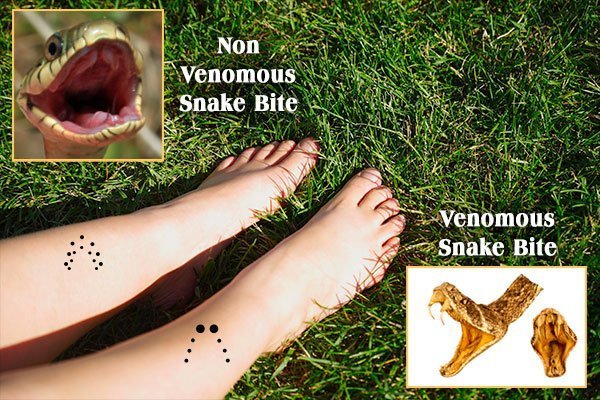 There is a clear difference between venomous and non-venomous snake bites. Also, notice the two fang marks in the picture on the right leg. The non venomous snake has elliptical teeth marks that form a curved corner at the top of the bite.

The best way to control your Virginia snake problems is to remove sources of food and shelter. Also, clearing your yard of piles of wood and other debris, and frequently mowing the grass will discourage snakes from making their homes on your property. Furthermore, sealing cracks and openings along exterior walls (snake proofing) with strong mesh or caulk will help keep snakes out as well. Many companies offer snake repellant treatments, but the efficacy of these products is questionable. 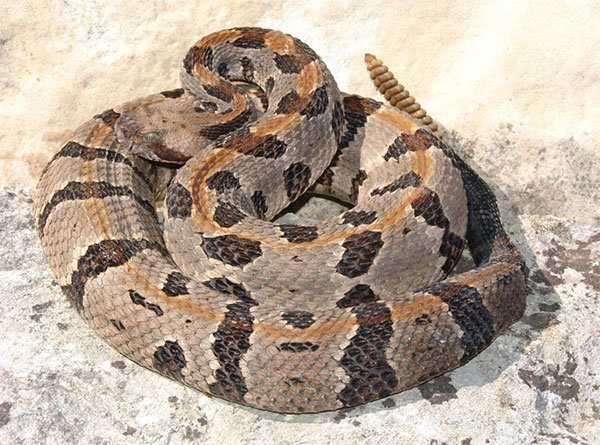 We’ve shown you photos of two of Virginia’s venomous snake population. The third, the Virginia Timber Rattlesnake, lives throughout the western and southeast areas of Virginia. Southeastern Virginia rattlesnakes differ in coloring from Virginia’s mountainous rattlesnakes. The yellow and black phases, as well as intermediate colors between them, occur only in the western portion of their range in Virginia.

Also, eliminate potential food sources like mice, rats and insect populations.  Keep living spaces clean and store food in rodent-proof containers. Since Virginia has a large snake population, snake-proof fences can be constructed which will protect children in their outside play area. But, enclosing entire yards with snake-proof fencing can be very expensive. Give Animal Removal Services Of Virginia a call at (804) 729-9103 so we can help you with any Virginia snake problems you are experiencing. 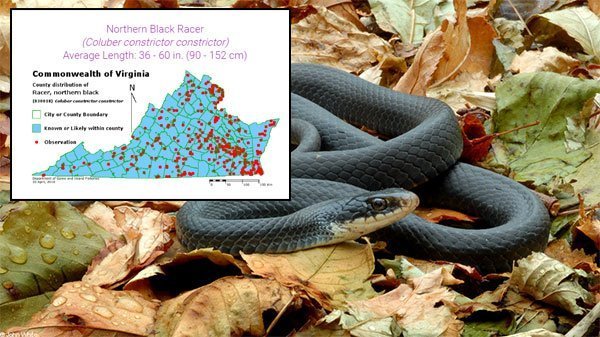