Do you need bobcat control or predator control in your area? Are Bobcats disturbing your pets? Predators keeping everyone up? Animal Removal Services Of Virginia experts provide bobcat control for farmers throughout Virginia!

Also, Animal Removal Services of Virginia does not use, or recommend, poisons or M-44 cyanide guns for bobcat control in Virginia. While effective, we believe they are far too dangerous to domestic pets and non-target animals that are found so commonly in Virginia.

Since bobcat predatory behavior is costly to farmers and cattlemen you need Animal Removal Services of Virginia bobcat control services.  Also, once bobcats find an area on your home or farm for feeding they may kill over and over.  Furthermore, opportunistic predators like bobcats, feed on poultry, sheep, goats, house cats, small dogs, exotic birds and game animals, and, rarely, calves. Also, they can easily kill domestic and wild turkeys. In some areas, bobcats prevent the successful introduction and establishment of wild turkeys or deplete existing populations. 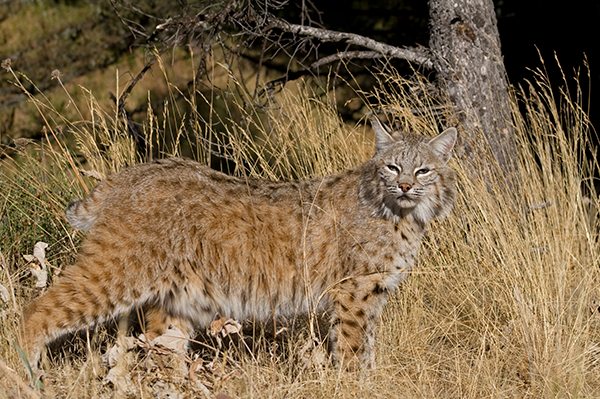 Carcasses of bobcat kills are often distinguishable from those of cougar, coyote, or fox. Bobcats leave claw marks on the backs or shoulders of adult deer or antelope. On large carcasses, bobcats usually open an area just behind the ribs and begin feeding on the viscera. In addition, sometimes feeding starts at the neck, shoulders, or hindquarters. Also, bobcats and cougar leave clean-cut edges of tissue or bone while coyotes leave ragged edges where they feed.

Please, call us today at (804) 729-9103 and let us help you with your bobcat control and predator control problems.

Bobcats leave a variety of signs if they are on your Virginia property. Their tracks are about 2 to 3 inches in diameter and resemble those of a large house cat. Furthermore, the bobcat walking stride length between-tracks measure 7 inches.

Because bobcats bite the skull, neck, or throat of small prey like lambs, kids, or fawns, they also leave claw marks on their sides, back, and shoulders. In addition, a single bite to the throat, just behind the victim’s jaws, leaves canine teeth marks 3/4 to 1 inch apart.

Carcasses that are rabbit-size or smaller may be entirely consumed at one feeding. Bobcats may return several times to feed on large carcasses. Also, bobcats, like cougars, often attempt to cover unconsumed remains of kills by scratching leaves, dirt, or snow over them.

Bobcats also leave signs at den sites. Also, young kittens attempt to cover their feces at their dens. Furthermore, females with young kittens may mark prominent points around den sites with their feces. In addition, adult bobcats leave conspicuous feces along frequently traveled rocky ridges or other trails. These are sometimes used as territorial markings at boundaries. All these signs help Animal Removal Services of Virginia bobcat control access a situation.

Adult bobcats also mark trails or cave entrances with urine. This is sprayed on rocks, bushes, or snow banks. Bobcats may leave claw marks at urine or feces scent posts by scraping with their hind feet. These marks are 10 to 12 inches (25 to 30 cm) long by 1/2 inch (1.25 cm) wide.

Animal Removal Services of Virginia have no difficulty identifying your bobcat problems. But, if you notice anything odd, like a your pet cat missing or your hens missing then you may have a bobcat problem and need bobcat removal and trapping. Call Us At (804) 729-9103.

Bobcat Control In Virginia – The Secretive and Adaptable Big Cat 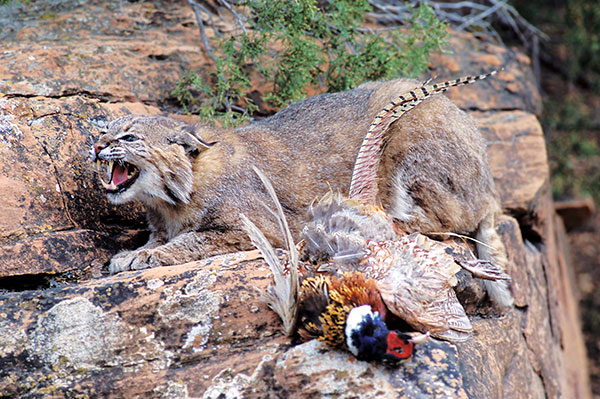 If you see a bobcat with prey on your property stay away! A bobcat will protect is food source. Call us at (804) 729-9103 so we can solve this problem if this continues! 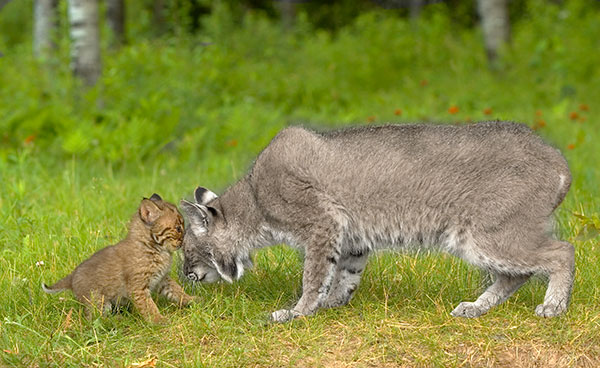 Stay away from a bobcat with its young. Animal Removal Services of Virginia prefers non-lethal alternatives in regard to bobcats and their young. Call us at (804) 729-9103! We have the solutions!